The Dalgona Coffee trend is making the rounds while everyone is stuck at home. If you aren’t familiar with Dalgona Coffee, it calls for mixing instant coffee, sugar, and boiling water and whipping it until it forms a whipped-cream like texture and then mixing it into a cup of milk. I’ve heard a lot of mixed reviews about the resulting drink, but one thing I’ve heard consistently is that it’s a lot of work.  You have to whip it for a long time to get it to reach the texture you’re going for.

Since that trend took off, lots of other whipped treats have started to trend.  Unlike the coffee, all of these combine various things with whipping cream to make different flavored whipped creams.  The one I’ve seen most often is using strawberry NesQuik and heavy cream to make a strawberry whip, which sounds delicious.  So I thought I’d bring to you a basic whipped cream recipe, and then lots of suggestions for other flavors you can whip. And the best part is, you only have to whip for a couple minutes to get that light, fluffy whipped cream texture!

This just takes whipping cream and sugar.  For this, I use 1 tablespoon of sugar for every half cup of heavy whipping cream. Using electric beaters, whip on high speed until you start to see a pattern form in the cream, then turn it up to the highest speed until stiff peaks form. That’s when the pattern the beaters form really starts to hold its shape. This basic whipped cream is delicious on fruit (I’m particularly fond of dipping strawberries in it), in a trifle, or on strawberry shortcake…just to name a few! You will use this base for all the flavors that follow and you can have insanely good whipped treats in no time at all!

Bailey’s isn’t your speed?  Whip up some bourbon, by using the same amount of bourbon instead of Bailey’s and top your coffee, a Pumpkin Pie, a Sweet Potato Pie, or a Chocolate Pecan Pie.

Add a tablespoon of peanut butter to this basic whipped cream for the lightest, fluffiest peanut butter you’ve ever had.  Spread it on a Better than Box Mix Brownie or a slice of Flourless Chocolate Cake for the most insane flavor combination of all time.  Or make it breakfast and top your pancakes with it! I’m not opposed to you using Nutella instead of peanut butter here.

Speaking of pancakes, you won’t need maple syrup when you whip up this light and fluffy maple that goes perfectly on pancakes or waffles.  For this one, you can leave the sugar out of the basic whipped cream recipe because the 1-1 1/2 tablespoons of maple syrup that you’ll add to the heavy whipping cream sweetens it plenty!

Okay, just keep reading – trust me! You won’t need the sugar in this one, but you will add in a tablespoon of sriracha to your heavy whipping cream, whip that up, and blow your chicken-and-waffles-loving mind.

This is just a start on all the amazing things you can whip. If you’re here for all this whipped, delicious goodness, let me know in the comments below and I’ll throw another one of these posts your way again soon! 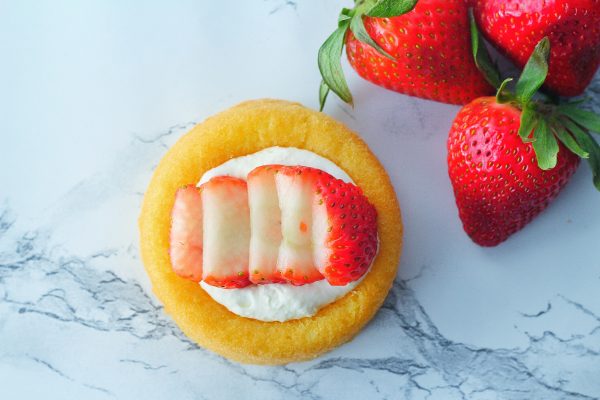