Well, another year in Boston and another Super Bowl for the Patriots. This year is an unexciting Super Bowl for me.  I don’t particularly care for either team (sorry fellow Bostonians!) so I may be tuning into the Puppy Bowl instead this year. However, I know there are lots of Pats and Eagles fans out there! I also know there are a lot of people who are going to Super Bowl parties who may want to bring delicious treats! 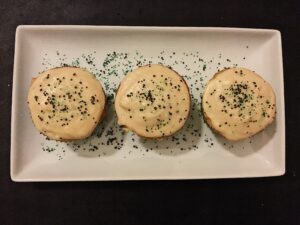 Last year I shared with you a recipe for Boston Lager cupcakes, which will still make a great Super Bowl dessert! But this year I changed it up just a little bit and incorporated a new Boston beer – Sam ’76. For both recipes, you can easily substitute in any beer you prefer.  The Sam ’76 gives the cupcakes a different flavor than the Boston Lager does.  Sam ’76 is also a perfect intersection between the two teams.  Sam Adams is obviously a Boston beer and at one time he was a Boston human, but the beer also represents the year 1776 which was kind of a big deal in Philadelphia. So Sam Adams was in Philadelphia representing the great state of Massachusetts in 1776. It couldn’t be a more perfect beer for this Super Bowl! 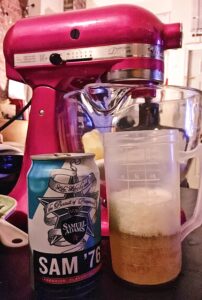 As I mentioned last year, I’m not a beer drinker, but I love the beer flavor in these cupcakes.  It’s strong enough to identify the flavor of the beer, but not so strong that those who don’t like beer won’t enjoy these.  They’re perfect to snack on while watching the big game, and will easily please everyone you gather with! 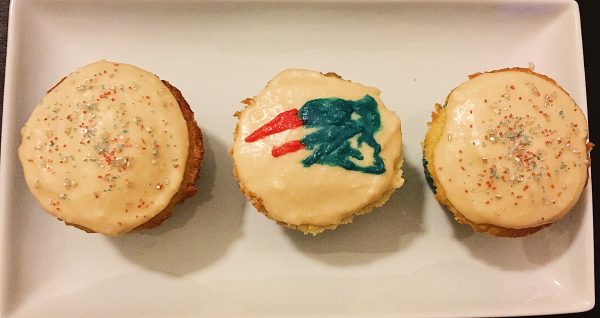