Did you know there is a National Donut (doughnut??) Day?! I've always said chocolate chip cookies are my biggest weakness, but donuts are a very close second.  Donuts have really stepped up their game in recent years, with amazing flavors, toppings, sauces, glazes, you name it!  Anyway, today happens to be that very special day.  NATIONAL DONUT DAY!  So I made a donut.

I have this hilarious "As Seen On TV" giant donut pan.  As you can see, I really invested in it. I couldn't not use this for National Donut Day. 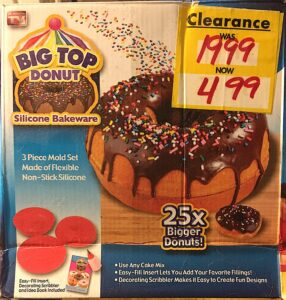 Even though I live in the land of Dunkin' Donuts now, I'm way more into Krispy Kreme donuts.  Give me a hot donut sign any day of the week! There are no Krispy Kremes in Boston, but there are some really amazing local donut shops with really unique flavors that are so on point.  One of my absolute favorite donuts in Boston is from Union Square Donuts. It is a vegan blackberry basil lime donut and it is heavenly. 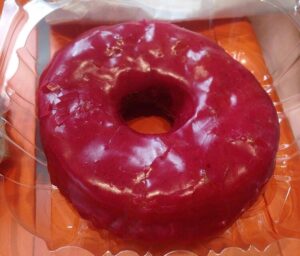 This photo is from almost 2 years ago - my first ever vegan blackberry basil lime donut from Union Square Donuts!

That donut inspired this recipe, though my recipe is not vegan. Also, my recipe does not have basil.  I'm going to be very honest with you here. I tried to add the basil. And failed miserably. So my non-vegan blackberry basil lime donut became a blackberry lime donut.  I must say, still delicious! 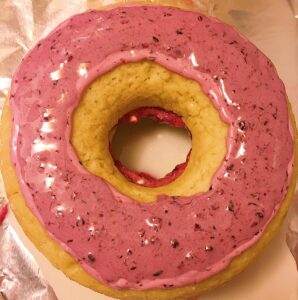 If you don't have this giant donut pan, GET ONE.  But also, just use a regular donut pan. And make sure you celebrate National Donut Day, because 364 days...till the next donut day. 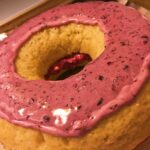