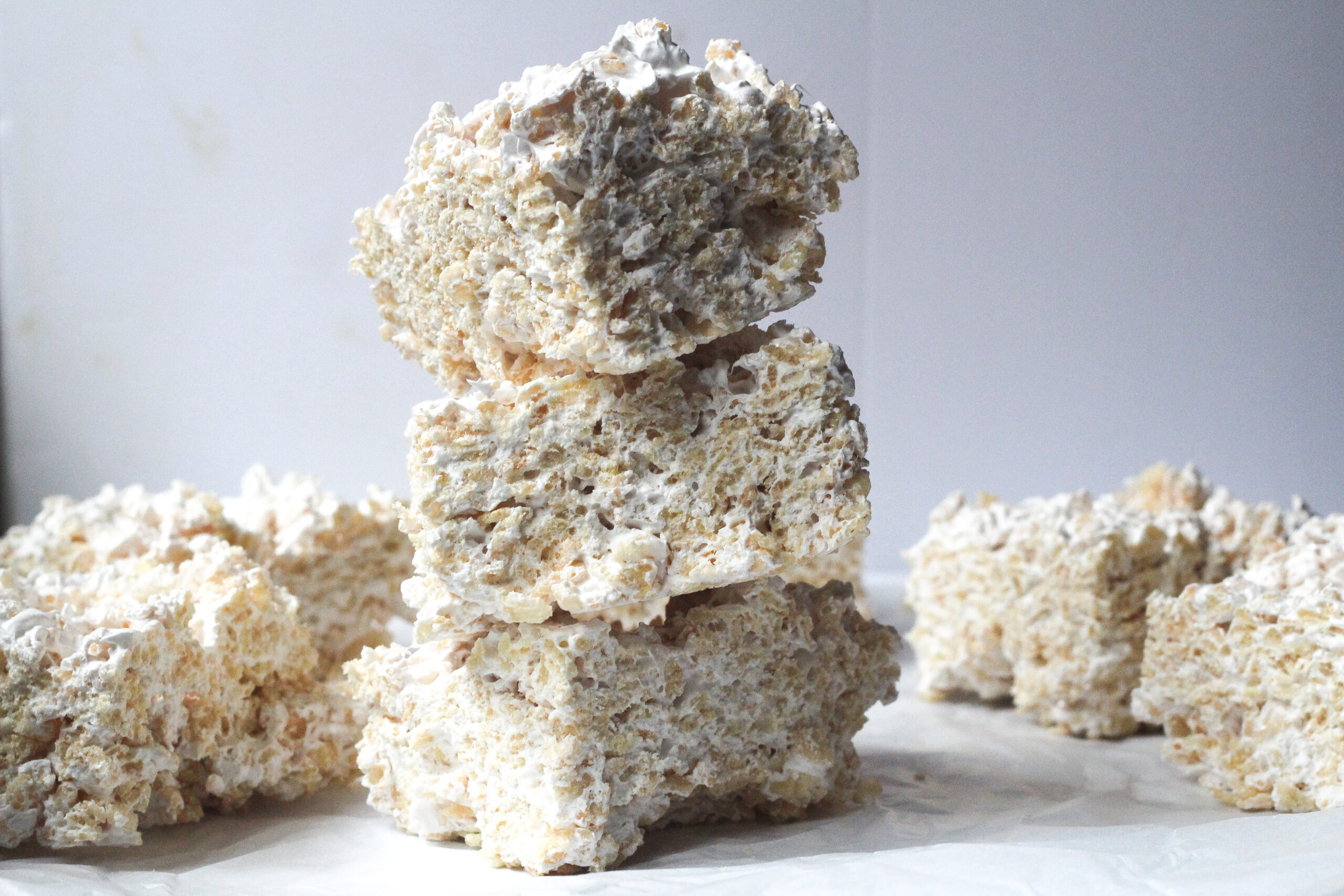 I’m a sucker for anything maple.  Living in New England I am constantly enticed by various maple items from lattes to meats (yep!) to donuts. I’ve tried them all, and they’re always delicious.  Maple just makes everything better which is why I had to make these Maple Rice Krispie Treats!

Did you know that if you have a candy thermometer (they’re not at all expensive!), it’s actually easy to make your own marshmallows? The hardest part is keeping your utensils from sticking to them! In this case, though, you don’t have to worry about that because you’ll be pouring the mixture straight into the Rice Krispies! And when you make your own marshmallows, you can create any sort of delicious marshmallow flavor you want…like maple!

How to Make Maple Marshmallows

You will most likely want a stand mixer for this, but you can make it with a handheld mixer too. If you’re using a stand mixer, I recommend the whisk attachment, but you can use whatever you have! In the mixing bowl of your mixer, you’ll put water and gelatin into the bowl and let it sit. While that’s sitting, you’ll combine the rest of the ingredients except for the Rice Krispies in a saucepan over medium-high heat, covered for 4 minutes. Then uncover and clip your candy thermometer onto the side of the pot.  When using a candy thermometer, you want to make sure the end of the thermometer is in the liquid, but not touching the bottom of the pot.

Once the mixture hits 240 F, you’ll remove the pan from the heat and start running your mixer on low. Slowly add the hot mixture.  Once the full hot mixture is added, turn the mixer up a notch or two, and mix for 12-13 minutes. You should now have a bowl full of sticky, melty marshmallow.

The couple extra steps involved in making these delicious Maple Rice Krispie Treats is well worth the perfect maple flavor! 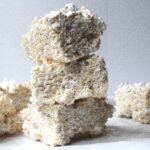